The following is an excerpt from my piece featured on TIME:

It’s 1 a.m. on a Monday, and I am currently on the phone having an argument with a guy I’d been on only four dates with, three of them good. One of them—the last—was less good, given he had gone MIA for the better part of three weeks and I had a sneaking suspicion he had a girlfriend.

We hadn’t slept together, but the kisses had been the type of kisses you walk away from with shaky knees and blind hope. There was something there, and we both knew it, which is why we were attempting to hash things out over the phone at some ungodly hour. Because at our age, we’re adults, and things matter more. The mistakes leave marks.

The following is an excerpt from a piece originally seen on The Style Con:

My black boots are still on while I wait in the foyer of his apartment with all his discarded shoes—that designated waiting area where his guests have to take off their sneakers, their heels, their sandals. Me and a bunch of other girls standing in this same spot at different times, untying laces and pulling off soles to appease his germ neuroses before having a drink, before dragging on lipstick-stained cigarettes in an open window overlooking a noisy street, before probably having sex with him.

“Amber. Amber. AMBER. Doesn’t this guy look like Luke? HEY, DUDE. YEAH, YOU. YOU REMIND ME OF OUR FRIEND LUKE. LIKE SAME FACE. EVERYTHING.”

I am twenty years old, still using the fake ID that my high school boyfriend’s best friend stole from the apartment building his dad owned and he worked in, a girl with an upturned pug nose and a short haircut who looks nothing like me, who looks nothing like my cousins or my cousins’ cousins or anyone remotely within my German/Dutch/Aussie/Brit gene pool. Bouncers laugh at me. Bartenders still serve me. I think this is the very definition of a fake ID. Amber, older and wiser and using an ID that’s actually her own, is snickering into a whisky soda. “Yeah, he totally looks like Luke.”

There’s no clear indicator on the approach, only an amiguous “Space Ninety 8” painted above the door. As you get closer, however, another sign reveals itself, like a restaurant trying to hide its “C” grade behind a potted plant or glamour shots of feral cats. “Urban Outfitters” it reads, as small and quiet as it can so as to not draw attention to itself, but big enough that you are reminded as you step through its doorway that, yes, indeed, you are walking into an Urban Outfitters and, more importantly, you are walking into an Urban Outfitters in Williamsburg. 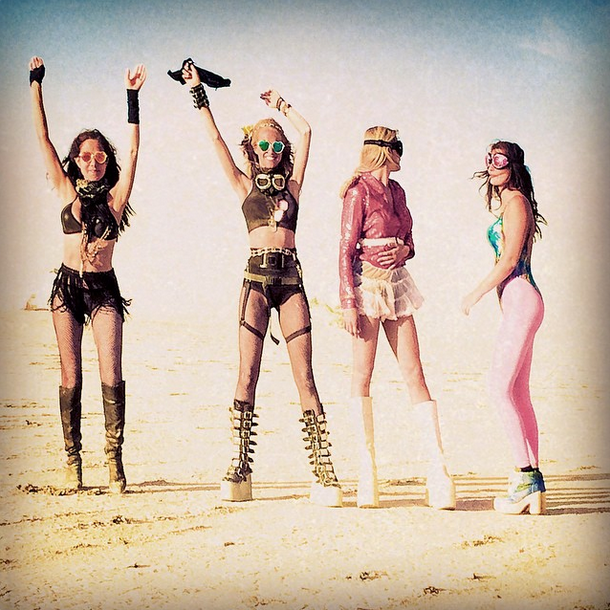 Over the last two days, Burners have pulled out the post-playa IV drips and hooked into the WiFi, inundating our Instagram feeds with their last seven dusty days. While Mad Max was a little before my time, I did experience the bludgeon to the head that wasWater World and, in my opinion, Tank Girl will forever be a highly underappreciated bit of cinema. What I’m trying to say here is that no matter if you were born in the ‘70s or came out kicking in screaming sometime in ’85, pop culture has provided you with the language to speak Burning Man. There’s a lot of dust, plenty of exposed flesh, and people may or may not have been drinking their own urine. Whether or not this is up your alley, these gummy pads that turn life into a real Dance Dance Revolution on acid will have me there next year 1000000%.
Continue reading on The Style Con. 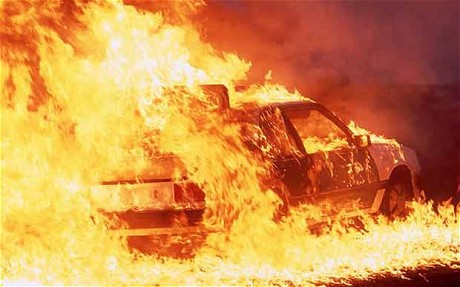 There’s a hand corrupting the distance between me and my destination. It’s flown out, unexpectedly, in the middle of a song playing loudly—but not loudly enough—on my headphones. “HEY, HEY, HEY,” I hear, turning in the direction of the voice, thinking it’s going to be—I don’t know—someone I know, given the abrupt physical contact. Instead it’s someone foreign, literally and figuratively. His name is Alek and he is from the Ukraine. I know none of this ahead of time, given that he is a total stranger, but acquire it over the course of the next ten weird minutes on Bedford Avenue. 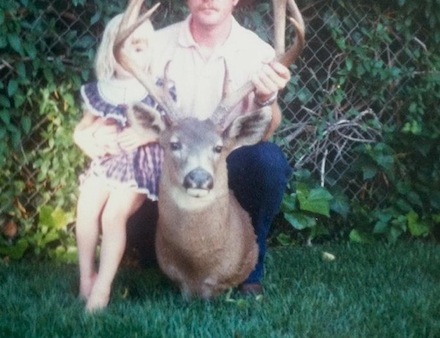 When Armageddon comes, you’re going to want to be friends with my dad. That’s what I tell people. This has nothing to do with his amiable personality or his pulled pork sandwiches, and everything to do with the artillery of guns he keeps in a safe that could easily fit the bodies of four grown men.

I grew up eating the spoils of the hunter: quail, a New Year’s Eve treat that left us picking buckshot from between our teeth; bear meatballs at Thanksgiving parties in lieu of beef; marinated venison kebabs on burnt wooden spears for Christmas. The evidence of the year’s slaughter often presented itself around the holidays, when hundreds of pounds of gamey meat kept in the garage-kept deep freezers of the off-duty cops and mechanics like my dad was brought out for special occasions like the birth of baby Jesus, whether or not anyone was actually Christian.
Continue reading on xoJane.com.

I hadn’t thought about them before, the light bulbs. I had been working for this client for the better part of three months as a fit model, which is about as close as you can get to regular contracted work if you’re not a Victoria Secret model.
Most models — the girls you see on runways and in magazines and on big billboard campaigns — reach their peak in their early 20s. That’s when the elastic in your skin is still taut and the wrinkles haven’t set in. After that, the lucky ones, like Daria Werbowy, become the “mature” faces of luxury. The majority of the others fade into obscurity, moving back to whatever country they came from or marrying a rich guy.
Continue reading on xoJane.com.

“THE PESSIMIST complains about the wind; the optimist expects it to change; the realist adjusts the sails.” – William Arthur Ward

It came at precisely the right time, this trip—an invitation extended after a celebratory shot of tequila in a dark New York club and a swing around the dance floor. “You,” he said. “You’re comin’ on the boat.” I asked him what boat and he said it didn’t matter. The next morning he sent me an emailed invitation and a sample itinerary for a flight taking off in barely four weeks. Within an hour, I had purchased an insanely expensive ticket to Turkey, having not even bothered to ask who else was coming. Thinking too much has never served me very well, anyway. In fact, thinking too much has always served me worst.

It’s been two years since my friend sat across from me and told me I had to write down everything I wanted in a guy on a piece of paper—down to the stupidest, most insignificant details, as though I was writing a recipe for a batch of cookies made with jellybeans and coffee in the hopes that it would end up tasting good. “Everything,” she said. “Everything.”