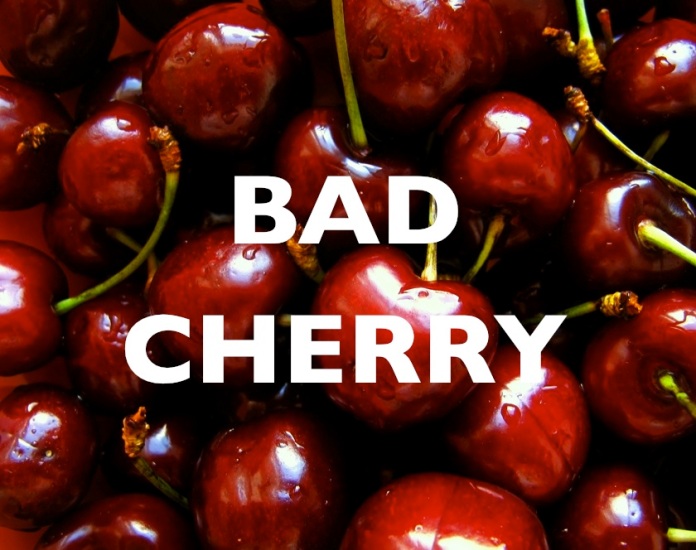 Cherry van Winkle storms into the glass and marble lobby of an FBO off of Miami International, wearing the same clothes from last night. There are cigarette holes burned into the back of her Alaia dress that she will not see until she gets back to New York, the result of four ill-spent hours in a dark French pop-up club filled with bored Angelenos chain smoking cigarettes and feigning the molasses-like apathy of heroin addiction. Heroin is back, they tell her. Cherry van Winkle doesn’t get it.

“Where is my plane?” Cherry screams, her voice cracking through the air like lightning. “Where is my fucking plane?!”

In truth, the plane does not belong to Cherry. The plane belongs to a man who splits his time between Connecticut and New York and sometimes Monaco, depending on the tax breaks. He lets her borrow the plane wherever she wants on account of him being married and on account of that time she threatened to send all of his (highly unimpressive) dick pics to The Post. The man in question made millions of dollars on faulty mortgage loans, robbing the American people blind so that he could purchase Cherry van Winkle – and a handful of others — a litany of designer handbags and dresses like the Alaia one she is currently wearing, all of which lives in the closet of an apartment he also pays for. The cost of maintaining Cherry van Winkle is less a testament to her worthiness, and more to the extent of un-impressiveness of the aforementioned dick pics.

The man is an old man, 77 years old, with de-elasticized skin that resembles the delicate silk crepe de chine of the finest ‘90s Calvin Klein gown (of which the late Caroline Bessette-Kennedy would have surely approved). At least this is what Cherry tells herself after she and the ancient rich man have copulated, which she makes sure only to happen on a quarterly basis. Sometimes she throws in a bonus bang, but only if she has been adequately sedated. Her drug dealer has roofies.

Her drug dealer also has coke, which is good. Because after a week at Art Basel spent not buying art and partying until 7 in the morning, Cherry van Winkle is very, very, very tired. The coke, however, only exacerbates the sea of aggression living inside of her. So does the Adderall, which Cherry has been taking on a regular basis since 2008, even after she heard something about how chronic Adderall abuse destroys your intestinal tract, so that one day you will need adult diapers. No, this insignificant scientific hearsay does not stop Cherry van Winkle, a young woman forever on the quest of being exceptionally popular and frighteningly thin. Because, in life, there is beauty or nothing, even if it means you are rotting on the inside.

You see, when beauty is gone, when the fat coats your bones and softens you like an old, agreeable woman, all purpose is lost. Kill yourself. That’s what Cherry van Winkle’s mother used to tell her, a creed she herself lived by (and died by) when Cherry was only nine. To this day, Cherry still does not understand this. Her mother, in her opinion, was never a very beautiful woman, so it stood to reason that she should have either A) Killed herself long before Cherry was even born, or B) Continued into old age not caring about something she was incapable of possessing. Sometimes Cherry thought she’d be a little less fucked up if she had had a different childhood, but everyone wishes for that.

Having received no adequate answer regarding the status of her airplane, Cherry walks into the bathroom and does three lines of blow off of a credit card with someone else’s name on it. Cherry van Winkle’s name is not Cherry van Winkle. It’s Charlene Wotkowski. She is from Ohio. The credit card has a limit of $2,000 because of student loans she never paid off from a college she didn’t bother getting a degree from. But Cherry van Winkle doesn’t care about her credit score because she has the old man and his private plane, her Alaia dresses and a three-bedroom apartment that costs her nothing. Technically.

Cherry walks to the coffee bar where a young man in a cheap suit asks her how her day is, a pleasantry that she ignores because Sloan Pierpont has just walked in the door with a rapper Cherry used to sleep with for drugs, back before she met the old man at a sham of a charity auction that supposedly bought glass eyeballs for children living in a country that didn’t even exist. The money went straight towards the charity of Georgiana Hayes’ wallet, the host of the bi-annual rob-fest with whom Cherry had become friendly with. Cherry sometimes thought about these fake children with glass eyeballs and she felt bad for them, even though there was no one to really feel bad for. It was a victimless crime, really. Assuming Georgiana wasn’t barren (which was a nasty rumor that had been floating around for awhile), her yet-to-be-born child would inherit her money. So, technically, one child would eventually benefit. Cherry had to justify this because Cherry never paid for anything when Georgiana was around, and to judge Georgiana, she would have to judge herself, and who the fuck wants to do that? Plus, Cherry really liked brunch, and brunch at the Carlyle, where they often went, was expensive.

A woman smelling of baby powder and Aqua Net approaches Cherry, her hands cupped in front of her and her head tilted to one side, eyes glassy and agreeable. This is how you approach rich people. She tells Cherry that the plane will be delayed for two hours because of weather in New York City. Cherry tells her to go to hell.

Sloan Pierpont and the rapper are now sitting in the corner, picking out filters for a picture of them on a yacht with Harry Brant that they will post on Instagram to a collection followers who both loathe and revere them. It will get 1,342 likes, along with comments like “your tattoo is wrong Chinese meaning” and “this sucks.” Cherry hasn’t seen the rapper in two years, after they ran into each other at a party at Milk Studios where the daughter of some designer was having a “show” for her “art.” Some years later, after the rapper has become extraordinarily famous, Cherry will feel a twinge of regret for all of those times she explained their brief, seemingly incongruous relationship by answering her friends’ judgmental, quizzical stares with, “Well, he’s not black black. He wears plaid.”

A familiar chemical tang has begun to drip down the back of Cherry’s throat, an unpleasant side effect of her very exceptional life. She fills up a paper cup with black coffee and scans the table, searching for something she cannot find.

“Don’t you have soymilk?” she asks. “Don’t you know what these do to your body?” Cherry van Winkle is appointing to the plastic containers of non-dairy creamer and tiny doses of half-and-half. This is the first time she has bothered to look the young man in the cheap suit in the face, something she generally tries to avoid. “You should have soy milk.”

The young man in the cheap suit briefly considers explaining the waste inherently involved in providing transient passengers like Cherry a fully stocked array of fresh milks, and how such a luxury is not economically feasible for this particular FBO. Instead, he says nothing, only cracks a dumb, blank smile at the raging, feral, blonde lunatic standing in front of him, wondering how people like this exist in the world, and live better than most. But in life, everyone gets theirs in the end. The young man in the cheap suit is currently a senior at Miami University with a double major in Organic Chemistry and Philosophy. By the time he turns 30, he will have invented a drug that stops people from liking things like Doritos, cutting the obesity rate by 75% and saving insurance companies trillions of dollars per year. Cherry, alternatively, will have moved back to Ohio, where she will spend most days considering her thickened, aged frame and think about what her mother told her some years back, but never have the courage to do anything about it.