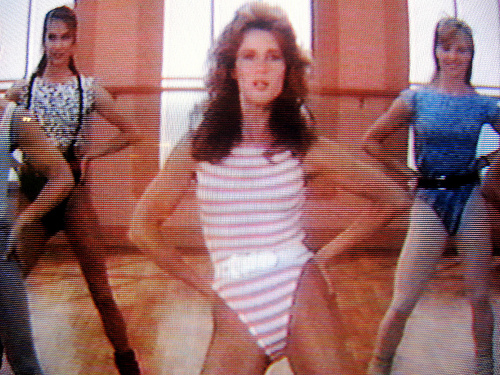 I walk into the ancient stone building and hand my guest pass for the gym to a woman sitting behind a wooden cubicle of a sour yellow color.  The place reminds me of any public school in America and I am overcome with the strange sensation that I am checking into the nurse’s office at my old elementary school.  I hated being sick at school; there was little light in the recovery room and the mattresses were lined in a thick sticky plastic that made you want to throw up if you didn’t already.  I scribble my signature on a waiver that basically states that if I accidentally saw my arm off with their vintage Nordic Tracks, I will be responsible for my own medical bills.

“Thank you,” she says, not looking up at me.

The place stinks.  Not just one particular smell, but a variety of offenses that change depending on the room in which you are in.  There is no relief once you enter the doors of the YMCA.  The smell is part of the reason I have been avoiding working out, in addition, of course, to general laziness and below-freezing temperatures.

I walk into the “Cardio Room” – a less than remarkable affair hosting a series of out-of-date treadmills, two elliptical machines, and a rower.  It smells like burning rubber and chemical disinfectant.  I tuck my belongings into a locker and say a quick prayer that my jacket doesn’t come home with bedbugs.

True to my boring workout that I have been subjecting myself to for the last eight years, I hop on the elliptical machine situated behind a row of treadmills.  There are no televisions.  There is no Top 40 music pumping sweetly through ceiling speakers.  Air hardly circulates.  Occasionally, I will feel the passing puff of a fan, though I cannot locate its precise whereabouts.

Back in Los Angeles I worked out in the center of Hollywood, in a glass box off of Sunset Boulevard, just above an overpriced – though admittedly superior – movie theater.  I preferred to go in the mornings, around 9 a.m., after the people with real jobs had already crammed in their “Me Time” before chuffing off to kill themselves in an office.  The gym, however, was never empty; at any hour of the day you would be surrounded by people, and when I say “people” I mean “out of work actors.”

The men in Los Angeles were a vain and beefy variety that held little appeal for me.  I watched them mouth dialogue from their highlighted sides, pumping their tan arms back and forth, sweat dripping down their chiseled jaw lines.  Some read off of simple, stapled stacks probably from acting class, but others – the lucky few – had the more prized items – full scripts with CAA stamped on the cover like a top secret document for the not-so-secret asshole.

Taking to these man/boys was always a tortured experience and I avoided it at all cost.  Even if my iPod had unceremoniously run out of battery before I arrived, I would keep the ear buds in so as to avoid any inadvertent chitchat.  Once, I made the mistake of wearing my NYU gym shorts, which initiated a conversation starting with, “Hey!  I’ve been to New York.”  Fucking idiots.

By far my biggest fan there was a blonde boy, probably nearing the thirty-year-mark, with square teeth and a sparse beard.  He always wore baseball caps and long shorts and he was never, ever deterred by how involved I was in my own workout; I could be running at 9.5 on a treadmill, sweat dripping down my reddened face, and he would just stand in front of me, waiting until I took my headphones off.  “Hey,” he’d say, and I would be forced to respond.  My hate for him soon developed into absolute abhorrence.

He was an odd boy, one who felt comfortable telling me about all of his problems.  He told me about being broke, getting kicked out of his apartment, driving cross country in a minivan.  He shared horrific breakup stories that were perhaps ways of mining my interest in him, which, needless to say, was zero.  These interactions were always the same, delivered at me from the base of my workout pulpit – me, standing on an elliptical machine while he spoke up at me from below.  It was possible he had a mild case of Asberger’s.

There are no such people like that here, here in my Brooklyn hell hole filled with second-hand equipment stolen from garage sales and mirrors reflecting rows upon rows of bodies you should only ever be subjected to one of.  The crowd is decidedly lumpy and vampirish in color.  Twilight: The Workout.  I try to keep my line of sight steady on my left elbow in the mirror, but keep finding myself staring at the square bottom of the woman in front of me, who has unfortunately decided to work out in a pair of leggings with elastic struggling to encompass her whole ass.

I inhale the strange smell of sweat and cigarettes, the detoxification from a life in Williamsburg bars and other generally unhealthy behavior.  My machine attacks my knees with each thrust forward because I am apparently too large for things built in the 1980s.  It screams at me with a pixilated heart to place my hands on the bars to get my heart rate, but no one here is required to use towels and I expect to get a staph infection by the month’s end.